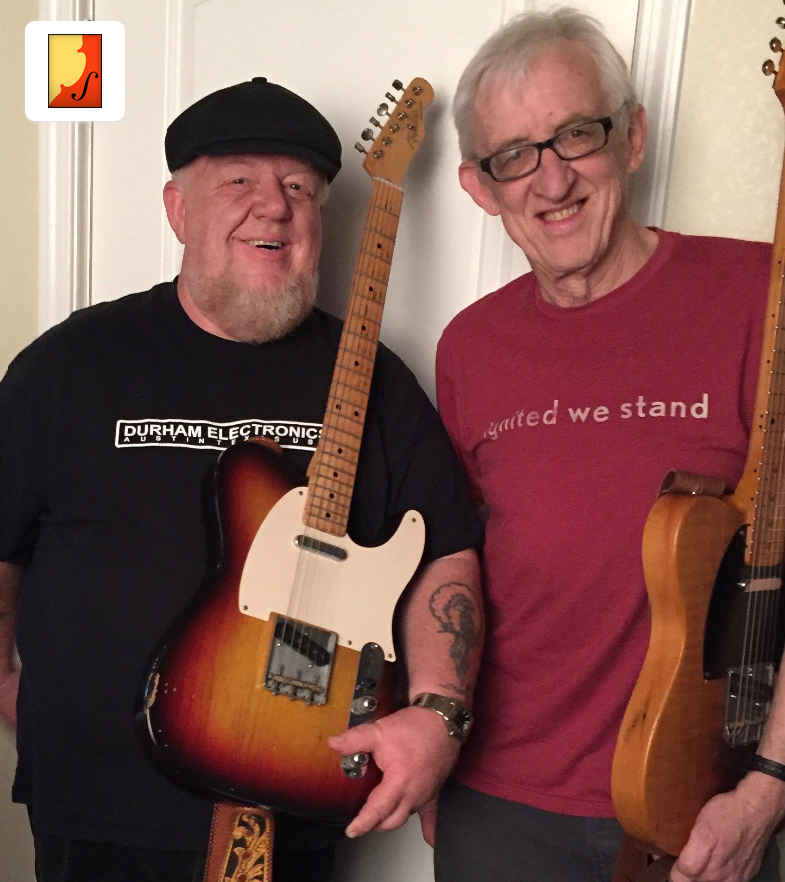 Grammy nominated guitarist, singer and songwriter Bill Kirchen is one of the fortunate few who can step onto any stage and play those trademark licks that drove his seminal Commander Cody classic Hot Rod Lincoln into the top ten. Bill also played with Emmylou Harris, Doug Sahm and Elvis Costello among others. Named “A Titan of the Telecaster” by Guitar Player Magazine, he celebrates an American musical tradition where rock ‘n’ roll and country music draws upon its origins in blues and bluegrass, Western swing from Texas, and California honky-tonk.

Redd Volkaert is a master of the Telecaster with an impressive resume that includes fronting the superstar hillbilly band the Twangbangers with Bill Kirchen and, lead guitar duties for Merle Haggard. Redd was a successor to Roy Nichols in Merle Haggard’s backing band, and is ‘among the country’s top Telecaster guitar slingers.’. Volkaert won a 2009 Grammy for Best Country Instrumental Performance. He is a top notch player and session musician and has played with some of the biggest names in music history.